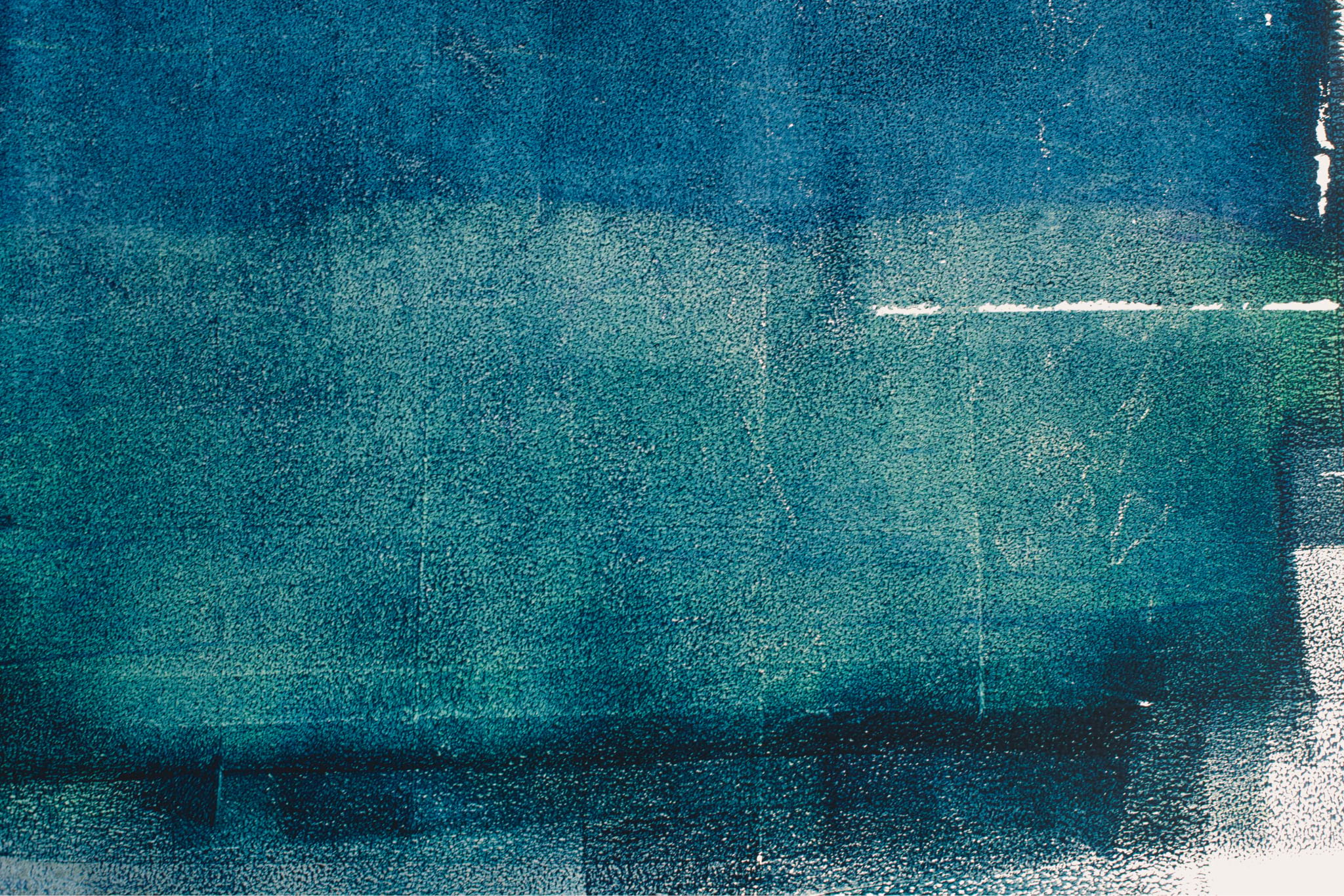 How AI can be used for effective fraud detection in 2022

What if you could accurately predict fraud before it even happens? Thanks to the ever-growing field of AI, that's no longer a pipe dream. In fact, AI is already being used by financial institutions to detect patterns in fraudulent behavior and prevent losses.

In a recent study by PYMNTS, 80 percent of fraud prevention experts said AI can reduce the success rate of payments fraud. Moreover, around three-quarters of banks with more than $100 billion in assets have an AI solution in place. This is largely due to the fact that AI can do things like identify inconsistencies in spending behavior and distinguish between human and machine-generated data.

In this article, we’ll explore how machine learning detects and predicts fraud, the impact it can have on a business and how you can get started with implementing AI to your business.

In order to understand how AI can be used for fraud detection, it’s important to first understand what AI is. AI is a field of computing that enables machines to learn and work like humans. This means that they can not only understand and respond to instructions, but can also learn and evolve over time.

One of the key benefits of AI is its ability to process large amounts of data quickly and accurately. This makes it the perfect tool for fraud detection, as financial institutions are constantly collecting data on spending patterns, account activity, and so on.

Fighting fraud on the rise

Fraud can come in many different forms, but typically, it refers to any illegal activity that results in financial gain. This could include activities like credit card fraud, mortgage fraud, or insurance fraud. Credit cards are the most frequent payment method used in online fraud, according to Intuit.

Fraud is a major issue for businesses, as it can lead to lost revenue, higher costs and even criminal charges. In fact, the Association of Certified Fraud Examiners (ACFE) estimates that businesses lose 5% of their revenue to fraud every year. This amounts to $3.5 trillion globally. , and this number is only going to grow as more and more businesses move to digital platforms.

In the early days of ecommerce, payment fraud was not much of a problem. But as online sales have grown, so too has payment fraud. A recent report from digital security firm Help Net Security found that the number of global cyber attacks increased by 50% in the fourth quarter of 2021, compared to the previous quarter. And the number of Russian-hosted attacks jumped by 42%.

In the first three quarters of 2021, over 12.9 million unique compromised cards and card previews were recovered from online stores and fraud communication channels. Beyond the monetary losses, businesses also face significant reputational damage when fraud occurs. In the age of social media, word travels fast and bad publicity can be very costly.

There are several types of payment fraud, but the most common include credit card fraud, check fraud, and wire transfer fraud.

Credit card fraud is the use of a stolen or counterfeit credit card to purchase goods or services. This type of fraud can be very lucrative for thieves, as they can rack up large amounts of debt in a short period of time.

Check fraud is the use of a stolen or counterfeit check to purchase goods or services. This type of fraud is typically less profitable for thieves than credit card fraud, but it can still be very costly for businesses.

Wire transfer fraud is the use of a stolen or counterfeit wire transfer to purchase goods or services. This type of fraud is the most costly for businesses, as it can involve large sums of money.

So how do we stop fraud?

Historically, businesses that wanted to use the data to prevent fraud have had to rely on armies of data scientists and engineers to build predictive models by hand. The process can be expensive and time-consuming, and the results are often difficult to replicate and maintain.

Akkio has built a business on a different model: using automated machine learning to create predictive models without any code. Rather than hiring data scientists, companies can simply upload their data to the Akkio platform and let the software do its work.

What once took months and millions of dollars can now be done in minutes and for a tiny fraction of the cost. The biggest challenge in effective fraud detection is the sheer number of potential variables to consider, something that Akkio’s platform is designed to handle.

With potentially millions of data points to analyze, businesses need all the help they can get when it comes to spotting fraudulent activity in real-time. Akkio’s no-code approach to machine learning can help them do just that.

Like a needle in a haystack, finding fraudulent transactions in a sea of financial transactions can be a daunting task. But new data-mining techniques are making it easier for companies to detect anomalous behavior that could signal fraud.

One such technique is called "outlier detection" or anomaly detection. Outlier detection looks for transactions that fall outside the normal pattern of activity for a given account or customer. These unusual transactions might be an indication of fraud, and can be used to trigger an investigation.

Outlier detection can be used to identify fraudsters in a number of different ways. For example, a company might look for customers who are making unusually large or small transactions, or who are making multiple transactions in a short period of time. Outlier detection can also be used to identify fraud patterns, or patterns of behavior that are inconsistent with normal buying or selling habits.

By identifying anomalous behavior, companies can reduce the risk of fraud and protect their bottom line. Outlier detection is just one tool in the arsenal of fraud prevention techniques, but it is an important one, and is becoming increasingly more sophisticated with each passing day.

To give a specific example, suppose that you have data regarding transaction sizes, dates, and locations for a given customer. Outlier detection can be used to find transactions that do not conform to the usual pattern. For example, if a customer typically makes small transactions in locations within a general area, an outlier would be a large transaction in a different area. This could be an indication of fraud, and could trigger an investigation.

These examples risk oversimplification, as AI would be used to scan not just a few data points, but potentially hundreds or even thousands of variables with non-linear interactions.

Suppose that a customer generally makes more online purchases over the weekends, but not if they had already spent a significant amount on weekdays, unless it was close to the end of the month. The non-linearity in this example is that the weekday spending impacts weekend spending to a varying degree based on the proximity to the end of the month. Outlier detection would be able to identify this pattern.

A walkthrough of fraud prediction

What was once a herculean task for fraud prevention teams is now becoming easier with the help of Akkio's automated machine learning platform.

The first step is to connect to the relevant transaction data sources, which can include internal data lakes as well as external data providers, both of which are typically large datasets, containing fraud cases and normal transactions. This training data is then pre-processed and cleaned automatically, so that models can be built on top of it with no intervention.

The final step is to deploy or integrate the model into existing systems. This can be done in minutes, and results in a practically immediate reduction in fraud losses. The model can be deployed directly in any financial system with Akkio’s API, which can classify data points in milliseconds.

How you can get started with AI

Beyond fraud prevention, AI is being used by business teams across sales and marketing, operations, legal, customer support, and other areas to automate tasks, improve decision making, and provide new insights.

Operations teams are using AI for things such as reducing employee attrition and absenteeism and automating legal responses. AI is also being used by customer support teams to automate the identification of customer issues and recommended solutions, as well as to provide predictive analytics on where customers are likely to have problems.

Get started with Akkio's use cases page to get a sense of how our no-code AI can help with your AI goals, from cybersecurity and fraud management to healthcare and beyond.

Fraud is skyrocketing and costing businesses billions of dollars. This is why fraud prevention is so vital, and businesses need to employ the latest technologies to help them stay ahead of the curve. Akkio is one such technology, which uses artificial intelligence to automate the process of fraud detection.

Akkio’s machine learning algorithms can quickly analyze large data sets to identify patterns and correlations that would be difficult for humans to detect. This allows businesses to detect fraudulent activities as they are happening, rather than after the fact when it may be too late.

Akkio is also scalable and can be used by businesses of all sizes. It can be customized to meet the specific needs of each business, and can be integrated into existing systems.

The bottom line is that Akkio can help businesses prevent billions of dollars in losses from fraudulent activities and scams, and that’s why it’s essential for every business to have it as part of their fraud prevention arsenal. Try a free trial of Akkio to get started.