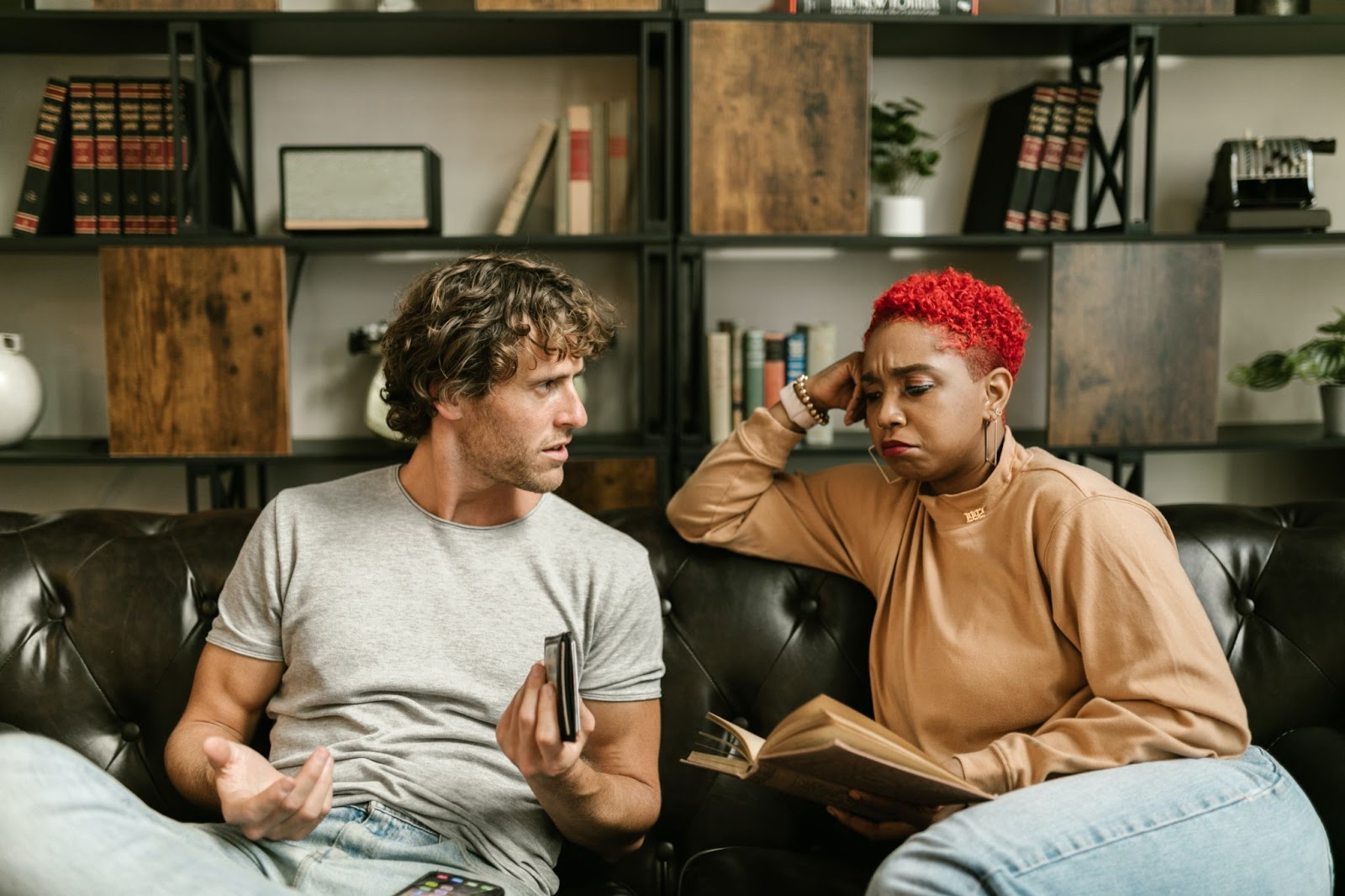 Credit Card Fraud Detection With AI: What You Need to Know

Moreover, the COVID-19 pandemic has fueled an “explosive growth” in fraudulent credit card transactions, as digital purchases have dramatically increased in volume, in parallel with the dramatic growth of e-commerce. Credit card information is ever more regularly stolen, whether through credit card number scams, data breaches, or account takeovers.

Credit card fraud is becoming increasingly common with the ubiquity of digital financial applications in our lives, which expands the potential attack vectors.

Many systems still rely on users themselves ensuring that they don’t share their information with suspicious vendors, practicing proper data security, and being vigilant with their physical cards to prevent them from being stolen or lost.

All these steps place a lot of pressure on the user to keep their data secure. But when it comes to stopping these types of fraud, businesses can use advanced technology like AI to detect and prevent fraud more efficiently and effectively.

Credit cards have been mainstream a lot longer than AI, which means that several methods have been used for fraud detection in the last few decades.

By the credit card user

A large amount of potential fraud is prevented by credit card account holders themselves, who report cards as “lost or stolen” when they realize they were missing them.

However, many people do not freeze their cards as soon as they’ve lost them.

Particularly in some countries, people are more likely to leave their credit cards at home but still take their debit and ATM cards with them to avoid extra fees. This means that it may take longer than normal for many users to realize if their credit card has been lost or stolen.

In many cases, credit card users will only know about fraudulent transactions if they stand out from their typical purchase behavior. For example, if a person usually spends around $30 at a grocery store every day, but then one day appears to spend $40, they could easily fail to spot that those extra $10 were fraudulent.

Another way that fraud may be prevented is if the user happens to look through their purchase history while a transaction is still pending authorization.

For example, sites like Walmart.com don’t bill a user’s account until their order ships. That means it can take up to 7 days for a payment to be authorized.

So, if a fraudster attempts to make a purchase at one of those sites but it isn’t processed and authorized for 7 days (e.g., due to an unpaid balance), the user might find out about it before the payment is processed. This would allow them to report it before the fraudulent charges are withdrawn from their account.

By the credit card company

One common type of red flag financial firms look for is seeing a large number of purchases from lots of online retailers in a short time.

When this occurs, particularly if the card user doesn’t typically shop online much, financial institutions may notify the user of suspicious activity or simply ask for account verification before further transactions may be made.

Another red flag is seeing purchases made outside of the user’s typical geographical location.

For instance, if a user usually shops within 5 miles of their home, and there are suddenly purchases happening 500 miles away, that’s a red flag. This data can be revealed both through physical locations or from the IP address used to make a purchase.

Fraud teams can take it a step further, and if someone makes large purchases outside of the specific stores where they typically shop, then it may indicate possible fraud.

Nowadays, companies can use artificial intelligence for processing customer transactions so they are alerted immediately when purchases fall outside of normal parameters.

For example, if someone typically buys diesel at the gas station but suddenly starts buying petrol instead, AI might detect this as being unusual behavior and prompt further investigation into whether or not it is fraudulent activity.

As technological advances have changed the ways that people live, so too has credit card fraud changed how people can be victimized.

Traditionally, the rules that determine what “looks like” credit card fraud have had to be implemented manually, with all of the time and labor that entails.

Nowadays, with close to 3 billion credit cards in the world, these traditional methods don’t work, as manual analysis simply can’t cope with the sheer amount of financial data being created. There are more credit card issuers than ever, which means more potential fraud cases.

Moreover, users are demanding more sophisticated, speedy responses from those who are tasked with safeguarding people’s money.

Detection methods are continuously evolving. Akkio offers an effortless solution for detecting credit card fraud through no-code machine learning models, which are significantly faster and more affordable than any other solution on the market.

If you need to build a reliable and accurate credit card fraud detection system, Akkio is a great option for several reasons:

In the backend, Akkio deploys a number of complex data science and data mining techniques to learn from transaction data, such as random forest, decision trees, neural networks, and deep learning.

These versatile techniques can be used to detect virtually any type of financial fraud, from card-not-present fraud to debit card fraud.

All of this is done without the user needing to have any technical expertise in developing AI machine learning models.

The most effective anti-fraud measures rely on AI to ensure that no one can get away with improper use of a credit card, financial information, or account number without being detected.

There are many different ways that cardholders and credit issuers can try to combat fraud, but there are also many considerations that need to be taken into account when designing and implementing an anti-fraud system.

Consent and privacy are amongst the most fundamental considerations in this area of work.

As humans, it’s understandable that we want to know how our personal information is being used, but as AI systems become more sophisticated, all too often we won’t be able to tell what data they're using or how they’re using it - which is why consent and privacy considerations are so important.

Users should be aware that their data is not only being collected, but used to fuel models that improve their experience. Further, businesses need to adhere to the highest standards of data encryption and privacy.

Another consideration is data quantity and quality - as long as you have an existing dataset (including details of which transactions were fraudulent), then you can train a model for predictive purposes; but the more data you have, the better your model will be.

If you lack high-quality historical data, then you’ll end up with a low-quality predictive model, which will have adverse consequences for you and your users.

If you have an inaccurate model, you’ll constantly flag legitimate transactions as fraudulent, burdening your users with unnecessary notifications and creating unneeded stress, besides overwhelming your security team. This is known as a false positive.

An inaccurate model is also damaging in the exact opposite way: By flagging fraudulent transactions as valid, you’ll be an unwitting accomplice to financial swindlers.

How to use Akkio to detect credit card fraud

Fraud alerts are now standard practice at big banks, from HSBC to American Express. While these multi-billion-dollar conglomerates can throw a lot of resources at fraud prevention, the same can’t be said for smaller financial institutions.

After all, there are thousands of banks globally, most of which don’t have large in-house AI engineering departments. With Akkio, any financial institution can easily build and deploy fraud alert tools. Let’s walk through a simple example in Zapier.

First, we set a Zapier “trigger” that gets activated by any new financial transaction. Given that financial institutions deal with large volumes of data, they typically use SQL-driven databases like PostgreSQL.

With Zapier, we can easily use PostgreSQL as the source of new transaction data, though any database could be used.

We’ll then use the Akkio credit fraud model demo to predict whether a new transaction is fraudulent. This is built on a sample credit card transaction dataset, but you can just as easily use your own dataset.

To activate Akkio in Zapier, visit this link, and click “Make Prediction in Akkio.” Make sure that the data you input exactly matches up with the data used to build the model.

Lastly, we’ll send an SMS warning to the associated customer.

Just like that, we’ve deployed a fraud detection model to power an SMS-based fraud alert system.

Akkio has made it easy to spot fraud through no-code artificial intelligence that can be deployed in any environment. Our goal is more than just providing effortless AI, but changing the world one solution at a time.

Detecting payment fraud has never been easier with Akkio’s algorithms, which are powered by the fastest machine learning algorithms in the world with orders of magnitude improvement on traditional systems. It’s also been designed for scalability so it can detect payment fraud across platforms and must be seen to be believed.

It takes less than 5 minutes to create an account, upload a dataset of transactions, and build a fraud detection model. If you want to eliminate financial fraud, then start a free trial so you can see for yourself just how easy AI-based fraud detection techniques really are!